A few weeks ago I was at a friend’s house and the movie Batman vs Superman – Dawn of Justice was on the television. I never really sought to go out of my way and rent it. But while it was on TV in front of my face I took it in. Things I saw on the first viewing shocked me. And then I rented it. This is one of those movies that you have to watch a few times. Every time you will find some more symbolism. Here is some of the significant symbolism that I found after just a few viewings.

The title is true to comic book meaning of the Justice League. The Justice League is a group of comic book superheroes that includes Batman, Superman, and Wonder Woman amongst others. This is where the movie title “dawn of justice” comes from. I was interested in any occult connection with the movie title. Perhaps I found one. We can talk about that later in the post.

It is becoming blatantly obvious to me that Batman is a Freemason. There are several reasons I think this. I believe recent Batman movies are hinting at a strong correlation between the bat and the mythical Phoenix bird. Consider at the beginning of Batman vs Superman child Bruce Wayne falls into the abandoned well – yet again. This scene was already done in Batman Begins. They changed the story this time. This time child Bruce Wayne is not rescued by another man on a rope as previous. This time the bats whip around child Bruce Wayne like a bat tornado. The wind of the tunnel of the bats rise him up out of the depths of the well.

The rising of child Bruce Wayne is reinforcement of this Phoenix Rising theme in previous Batman movies. The previous Batman movie was named The Dark Knight Rises. For goodness sakes its in the title. On the promotional poster of The Dark Knight Rises is the bat logo behind Batman and it is on fire. The Phoenix is a mythical bird of the sun. It is typically displayed as on fire and sometimes rising from the ashes. Google “the phoenix” in Google Images. You will see a lot of images like this … 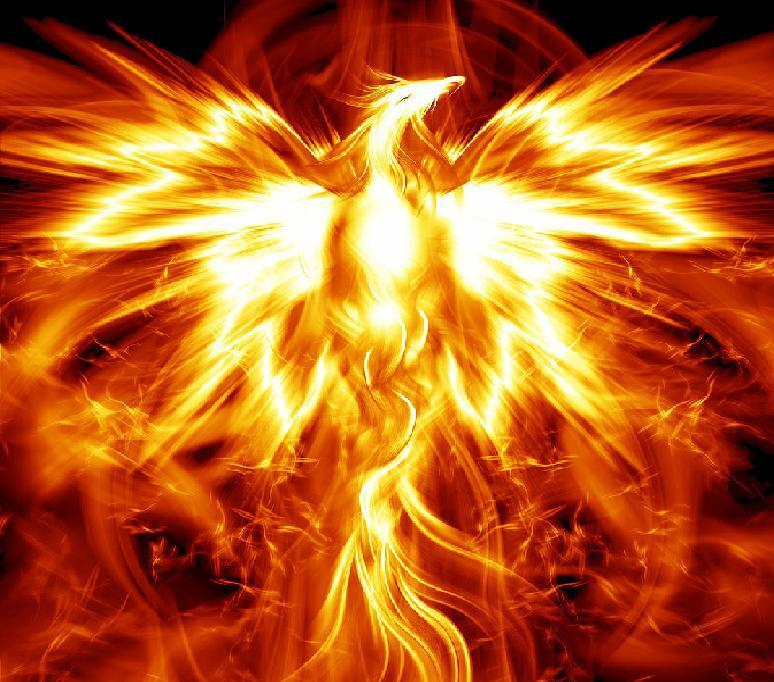 Now examine the poster to an earlier Batman film – The Dark Knight. You will notice on that movie poster the bat symbol is visible in flames on a tower much like a flaming bird … 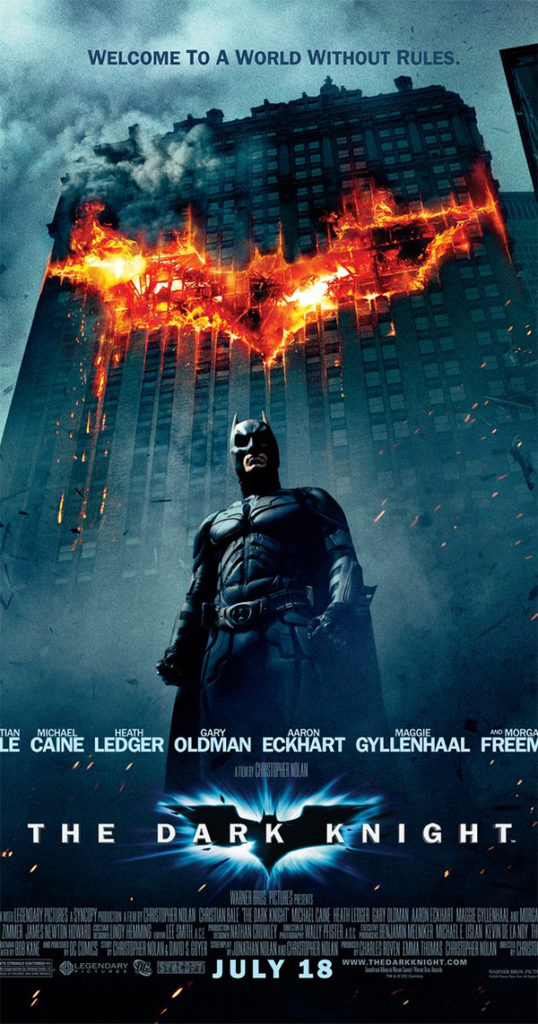 Did you pick up on Batman constantly being associated with the Phoenix Rising? Ben Affleck sure did. I am aware of the Phoenix Rising as a major concept in Freemasonry. Are you? It is such a large concept that Freemason author Manly P Hall wrote an authoritative book called The Phoenix: An Illustrated Overview of Occultism and Philosophy. If you need to do your own research on this topic feel free. I am telling you that the phoenix is a big deal in Freemasonry and in the occult in general. I will provide more insight into this in a future post.

There is super heavy symbolism jammed into the opening scene of Batman vs Superman. Focus on the “Dark Knight” name which Batman is called sometimes. Did you notice the title of the movie that Bruce Wayne’s parents walk under in Batman vs Superman? The displayed movie title is Excalibur. Excalibur is the mythical sword of King Arthur. The same King Arthur as the Knights of the Round Table. The same Knights that inspired the Knights Templar (a few hundred years later mind you). The same Knights Templar that inspired today’s Freemasonry. Are you connecting dots yet?

There was a time above, a time before.
There were perfect things, diamond absolutes.
But things fall, things on Earth.
And what falls, is fallen.

How art thou fallen from heaven, O Lucifer, son of the morning! how art thou cut down to the ground, which didst weaken the nations!

For thou hast said in thine heart, I will ascend into heaven, I will exalt my throne above the stars of God: I will sit also upon the mount of the congregation, in the sides of the north:

I will ascend above the heights of the clouds; I will be like the most High.

The one time Lucifer is called by name in the Bible it concerns the son of the morning falling from heaven. Now there is another scripture commonly associated to Lucifer. This scripture concerns the King of Tyrus. If you understand the Bible you grasp the concept that “princes” and “kings” sometimes refer to the titles of fallen angels. For example the King of Tyrus is commonly understood to be reference to Lucifer. See Ezekiel 28 …

Son of man, take up a lamentation upon the king of Tyrus, and say unto him, Thus saith the Lord God; Thou sealest up the sum, full of wisdom, and perfect in beauty.

Thou hast been in Eden the garden of God; every precious stone was thy covering, the sardius, topaz, and the diamond, the beryl, the onyx, and the jasper, the sapphire, the emerald, and the carbuncle, and gold: the workmanship of thy tabrets and of thy pipes was prepared in thee in the day that thou wast created. – Ezekiel 28:12-13 KJV

There is a scene in this movie where Batman is describing his lineage. His Wayne forefathers. He looks down at the Wayne Coat of Arms. What do you notice on the Coat of Arms? A sword. A symbol for Excalibur perhaps? Perhaps. More important are Bruce Wayne’s own words to Alfred …

You know my father sat me down right here.
Told me what Wayne Manor was built on.
Railroads? Real Estate?
First generation. Made their fortune trading with the French.
Pelts. Skins. They were hunters.

Since this movie has already referred directly to the Bible concerning the King of Tyrus I have no problem referring to it once again. This time concerning a first generation hunter. That hunter I speak of would be Nimrod …

And the beginning of his kingdom was Babel, and Erech, and Accad, and Calneh, in the land of Shinar. – Genesis 10:8-12

Let me tell you about Nimrod. I got this right from the Nimrod Wikipedia Page …

Nimrod figures in some very early versions of the history of Freemasonry, where he was said to have been one of the fraternity’s founders. According to the Encyclopedia of Freemasonry: The legend of the Craft in the Old Constitutions refers to Nimrod as one of the founders of Masonry. Thus in the York MS., No. 1, we read: “At ye making of ye toure of Babell there was a Masonrie first much esteemed of, and the King of Babilon yt called Nimrod was a Mason himself and loved well Masons.”

Toure of Babell means Tower of Babel fyi. Remember the title of this movie? Batman vs Superman – Dawn of Justice? Whom is seeking the justice in this movie? The answer is Bruce Wayne aka Batman. Why is he seeking the justice? Because Superman destroyed Bruce Wayne’s Tower of Babel in the beginning of this movie. Not only is Hollywood establishing Batman as a Freemason they are establishing the Wayne family as direct descendants of Nimrod. It is not me doing this. Hollywood is doing this. I am just bringing it to your attention.

One of the more intriguing themes that I picked up from Batman vs Superman is that Batman has become a killer. He kills a lot of people in this movie. I can’t ever recall Batman going on killing sprees in any movie – but maybe I just haven’t been paying enough attention. Turns out I was onto something. Google “batman kills people”. Which movie is everyone talking about? They are writing about Batman vs Superman of course. This is a new twist in the “evolution” of Batman. Batman is now a rampant murderer. I am very much reminded of John 8:44 …

You are of your father the Devil, and you want to carry out your father’s desires. He was a murderer from the beginning and has not stood in the truth, because there is no truth in him. When he tells a lie, he speaks from his own nature, because he is a liar and the father of liars. – John 8:44 KJV

To say that the Devil was a murderer from the beginning is really interesting. If the Devil was once Lucifer then this implies Lucifer is a murderer. Batman used to not endorse killing – but he does now. Just more reinforcement that they are turning Batman into a Freemason. Well, at least director Christopher Nolan is.

In a future post we are going to talk about Superman, Wonder Woman, and Lex Luthor. There is a lot of occult imagery in this movie. It is a tremendous amount to cover. I apologize if you did not want Batman to be a Freemason. I certainly didn’t want this. Hollywood or Christopher Nolan is doing this. I am not. I am just pointing out what I see. Perhaps you see what I see.